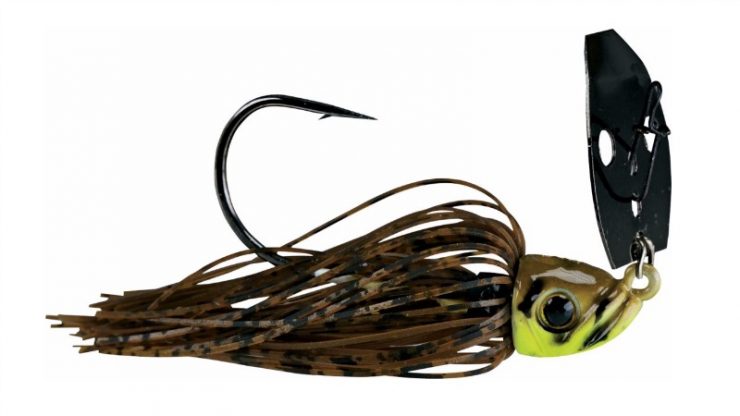 Like any good fishing lure story, the original Chatterbait was invented and manufactured in a garage by a tinkering fisherman. Soon Ron Davis Sr.’s invention would lead to some smashing tournament success around the Southeast. Little did he know how his lure would explode in popularity and single handedly spawn an entire category of lures.

To meet demand for his product, he contracted with Z-Man for their manufacturing and marketing abilities. Knowing how the fishing tackle industry can be rife with copycats, Davis was smart and had protected his design with a US Patent, which he eventually sold the IP rights over to Z-Man. Today there are many other bladed swim jigs on the market, each of which found their own unique way to bypass the Z-Man patents.

I have personally tried many different brands of bladed swim jigs and trailers. Each of these chatterbaits are easy to fish, especially for new bass fishermen. This guide goes into detail of why each one deserves a slot in your tackle box. 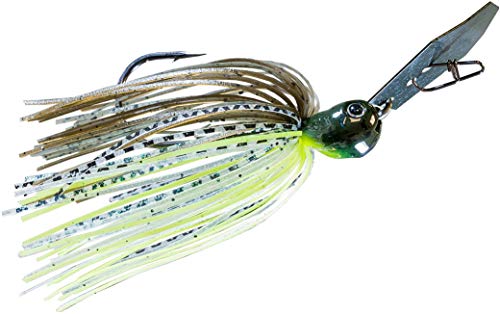 The Evergreen Jack Hammer has become the most popular vibrating jig, and it’s not even close. As the name suggests, the Jack Hammer jig puts out tremendous vibration. This design originated in Japan, by the Evergreen tackle company, and was brought to the USA by Z-man. Pro bass angler Brett Hite can be credited for the popularity thanks to his numerous wins and high finishes using this bait.

What makes the Jack Hammer different? It starts with the flat but curved head that makes it ride perfectly in the water. The jig is made of lead (not tungsten as some believed). Then the stainless blade is attached slightly above the top of the jig, making it balanced, and creating that thumping vibration.

The Jack Hammer costs twice as much as other vibrating jigs, but I encourage you to try one to see the difference. If you love fishing chatterbait style vibrating jigs, this bait could be a game changer for you. 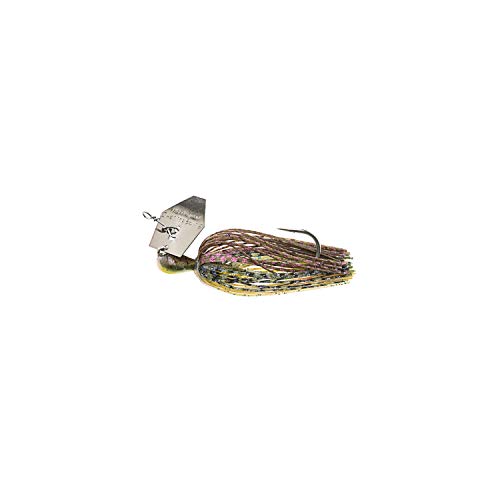 The Chatterbait Elite is basically identical to the original Chatterbait, but with a few key improvements. It is the bait that Paul Mueller set the single day Bassmaster Classic weight record, with an incredible 5 fish limit of 32 pounds and 3 ounces.

This bait still features an Arkie style jig head, matching silicone skirt, and a sticky sharp 5/0 Gamakatsu hook. The upgrades are where things get interesting. The coffin blades are now thicker and stronger while maintaining solid vibration. Gone are painted blades that can scratch and chips, and are now all electroplated.

The line tie is upgraded from a thin wire snap to a Mustad Fastach Clip. Finally, Z-Man has added an integral bait keeper to the shank of the hook which holds trailers much better. If you like to burn your bladed jigs a few feet down and not rise to the surface, it’s hard to beat a Chatterbait. 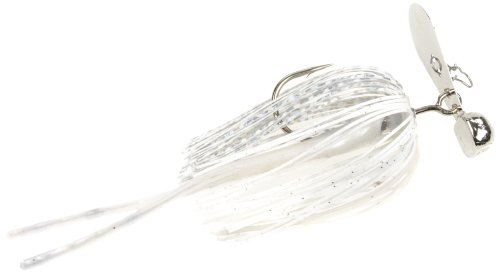 Strike King put 3 years of R&D into the design and testing of the Rage Blade. Bass anglers were rewarded with a truly unique bladed swim jig. The Rage Blade is fundamentally different from all the other Chatterbaits out there thanks to the clever way the weight is integrated into the blade, rather than on the hook.

The integrated head and blade actually make the lure less prone to snag on cover. When the head hits wood or rock, the weight is able to deflect and pivot on the oversize eye of the hook. Not as good as a spinnerbait, but really good for a bladed swim jig. The other advantage of this design is the ability to fish extremely slow while still getting a quality thump. The ability to slow roll at greater depths with baitcasting gear is what makes the Rage Blade unique.

The hook is a custom heavy wire 4/0 Gamakatsu and has a 3/32 oz skirt collar with keep molded onto the shank. Fish the Rage Blade with 15-17 fluorocarbon or 30lb braided line on a Medium Heavy rod. The Yamamoto Zako or any paddle tail swimbait will make a great trailer. 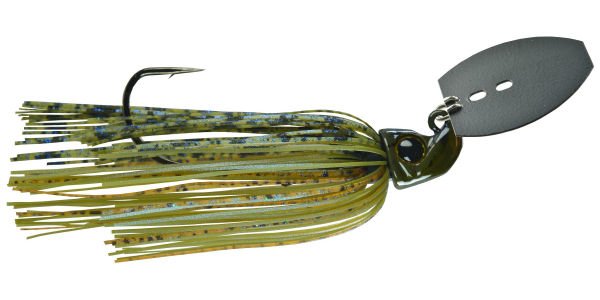 The Shock Blade has a big swim jig style head with 3D eyes on a big Mustad hook. The jig and hook are perfectly sized for a bulky shad style trailer like a Yamamoto Zako or Lake Fork Magic Shad. The skirt is bulky and has both short and long strands that create a seductive pulse in the water.

To get around the Z-Man patents, Picasso crimps a metal ring around a hole in the blade. Don’t worry about that piece bending because it’s really a strong connection. The blade itself is sort of a snubbed off teardrop shape, with a curved bill and two holes. The blade really works well and has always generated good thumping action at a slow to medium retrieve.

The 3/8 and ½ ounce are awesome for fishing in 6 feet or less. The Shock Blade is unique in that it comes in a bunch of bigger sizes. No other bladed jig is available in 1, 1-1/2, and 2-ounce models. That may sound too heavy, but that opens the possibility of fishing these in much deeper water. A 1 ounce plus jig can be slowly rolled down ledges and across deep points and humps. When fish won’t bite a deep-diving crankbait, now you can thump the Shock Blade deep to trigger a bite. 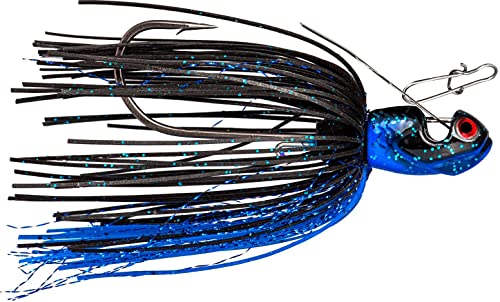 The Melee Jig features a really unique head design. The blade attaches to the hook through an opening in the jig head. The blade is free to wobble on the shank of the hook this way, creating a lot of movement. It also creates a shorter, more compact profile that can be killer for bass.

The downside to this design is the point of the jig head is leading, rather than trailing just behind the blade. The head will gather grass more than other bladed jigs, so don’t expect this to be your go to bait for ripping through grass beds. Instead, try the Melee jig around wood, lilly pads, and rocks.

The 1/2 ounce model is heavy enough to be worked down gravel and rocky banks or points to give fish a different look. Bottom line, use some imagination and you will find this bait to be an amazing alternative to the Z-man style chaterbaits.

A vibrating jig is not complete until you select a trailer. Your trailer gives the lure bulk and should imitate the local forage. If your lake is full of shad, use a fluke or swimbait style trailer. If the bass are keying on bluegill, thread on a Zako or Magic Shad for a larger profile. The deal is to “match the hatch” as best you can.  Below are my all time favorite trailers for bladed jigs.

Any of these vibrating jigs and Chatterbaits combined with one of the trailers will be effective fish catchers. Anglers should try out the different styles to see which one works best for their home lakes. Get a couple different weights to experiment with running depth and retrieve speed. Once you have some combinations you like, keep it tied on and learn to fish them in every type of cover you come across. Here are some of my top chatterbait fishing tips.

Tom has been fishing for over 17 years, occasionally competitively in tournaments, and has been a longtime B.A.S.S. and FLW member. His home lake is currently Lake Eufaula, AL.

What is a Crankbait? Types & Bill Shapes Explained