Snaps make fishing crankbaits easier, and it has little to no downside. Some people won’t agree with that statement, but after years of fishing all kinds of crankbaits and jerkbaits on them, I have developed a high degree of confidence in using them.

If you are undecided about it, I’d say you’re overthinking things. I’ve broken down the issue into pros and cons, as well as some recommendations for which snaps to use (I’ve tried almost all of them). Let’s dive right into why I think snaps for crankbaits are a great idea.

The Case FOR Using Snaps

The Case AGAINST Using Snaps

Best Snaps for Crankbaits and Jerkbaits

Owner All Purpose Snap – The Owner size 1 and 2 are my go-to crankbait snap. They are easy enough for cold fingers to undo, have a good-sized loop for tying fluorocarbon onto, and are made of a quality stainless steel wire.

Norman Speed Clips – These are my favorite snaps for jerkbaits and popper/plopper type topwater baits. They only come in one size (about the equivalent of a #1 Owner) and are small enough not to affect the action of suspending and topwater baits. The only issue is you need to have good fingers to get them on and off, and wet fingers make it even more tricky. 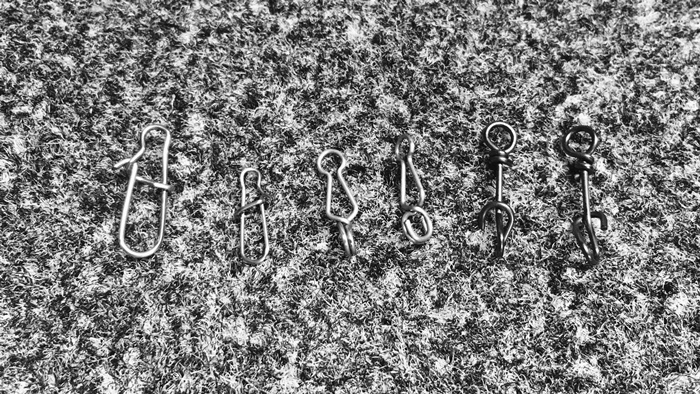 Mustad KVD Fastach Clip – Similar to Speed Clips, you don’t have to squeeze the wire to get it open. Instead, you take the eye or split ring and use a corkscrew motion to attach the clip. It works pretty well and is a good choice for anglers with hand and finger stiffness. Get the size 1 for small cranks and 2 for medium divers and up.

P-Line Crosslock Snap – The crosslock snap is similar to the Owner, but the clasp closes over the top of the snap instead of underneath. This snap is OK; I just prefer the way the Owner wire comes inside the outer wire to clasp shut. The Crosslock seems to have the occasional accidental unbuttoning.

Should You Remove Split Rings with Snaps?

Some fishermen advocate removing the split ring on the bill when using snaps, but it defeats the purpose of using them in the first place. Here’s why:

In closing, I think it’s a great idea to rig your crankbaits with snaps. I have fished them for years now, catching dozens of 5 to 7+ pound bass on them, and never had a failure that wasn’t my fault for not retying my line. Don’t overthink it, just get a pack of size 1 and 2 Owner All Purpose Snaps, clip it right to the split ring and go fishing!

Tom has been fishing for over 17 years, occasionally competitively in tournaments, and has been a longtime B.A.S.S. and FLW member. His home lake is currently Lake Eufaula, AL.

What is a Crankbait? Types & Bill Shapes Explained

How to Tie a Blood Knot for Leader Connections

How To Tie A Palomar Knot for Mono, Fluoro, & Braid